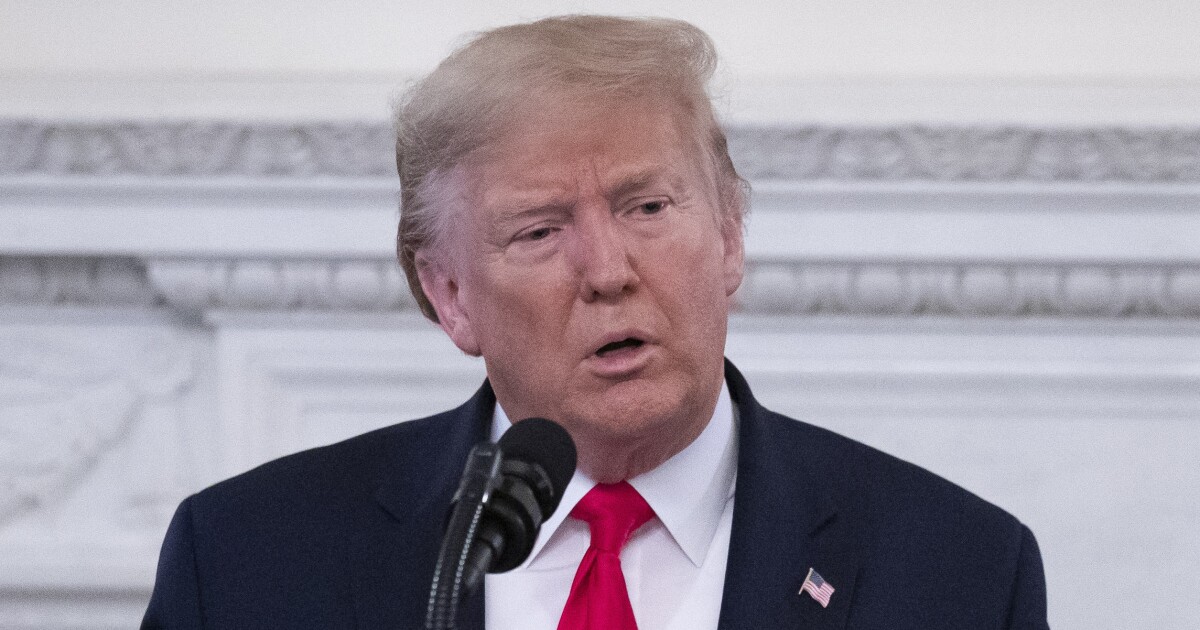 The Trump administration released its new National Counterintelligence Strategy on Monday, calling for a “whole-of-society approach” to combat threats from Russia, China, Iran, North Korea, and other foreign countries.

“The nation faces an expanding array of foreign intelligence threats by adversaries who are using increasingly sophisticated methods to harm the United States,” President Trump said when signing the public strategy in January, naming two countries in particular. “Russia remains a significant intelligence threat to United States interests, employing aggressive acts to instigate and exacerbate tensions and instability in the United States, including interfering with the security of our elections. A more powerful and emboldened China is increasingly asserting itself by stealing our technology and intellectual property in an effort to erode United States economic and military superiority.”

Earlier on Monday, Attorney General William Barr announced indictments against Chinese military hackers involved in an Equifax data breach, which stole information from nearly half of all Americans, calling this just one example of “China’s voracious appetite for the personal data of Americans.”

Last week, FBI Director Christopher Wray testified that “the Russians continue to engage in malign foreign influence efforts” using social media disinformation efforts and state-sponsored media and that, “just like any sophisticated actor, they continue to refine their approach.”

“The number of actors targeting the United States is growing,” William Evanina, the director of the National Counterintelligence and Security Center, said in releasing the 11-page national security blueprint. “Other state adversaries such as Cuba, Iran, and North Korea; nonstate actors such as Lebanese Hezbollah, ISIS, and al Qaeda; as well as transnational criminal organizations and ideologically motivated entities such as hacktivists, leaktivists, and public disclosure organizations also pose significant threats.”

Evanina added that “foreign nationals with no formal ties to foreign intelligence services steal sensitive data and intellectual property,” too.

The new strategy focuses on five main areas: protecting the U.S.’s critical infrastructure, reducing threats to U.S. supply chains, countering the exploitation of the U.S. economy via corporate espionage and the theft of trade secrets, defending the U.S. against malign foreign influence, and guarding against cyberattacks and hackers.

The strategy for 2020 through 2022, released through the Office of the Director of National Intelligence, noted that “countering the wide array of threats and keeping the American public informed is a core obligation of the entire U.S. government” but that the U.S. “cannot address these national security challenges alone.”

“It will require a whole-of-society approach that not only relies on coordinated actions by federal, state, local, tribal, and territorial governments but also on the support from allies and partners, the private sector, and the active engagement of an informed public,” the intelligence community strategy report said.

The report said threats from foreign intelligence entities “are becoming more complex, diverse, and harmful to U.S. interests” due to “innovative combinations of traditional spying, economic espionage, and supply chain and cyber operations.”

The U.S. should be most worried about China, Evanina said.

“Remember that Xi Jinping has one goal: to be the global leader geopolitically, militarily, and economically, and he and his Communist Party will stop at nothing to get there,” Evanina said last week.

The attorney general highlighted the DOJ’s China Initiative, launched in 2018, which aims to combat both Chinese malign influence, ranging from cyberespionage to technology theft, and scrutinizing China’s Thousand Talents Program aimed at stealing research. He said the annual cost to the U.S. economy from Chinese malfeasance could be as high as $600 billion.

“In the past, prior administrations and many in the private sector have too often been willing to countenance China’s hardball tactics, and it has been this administration that has finally moved to confront and counteract China’s playbook,” Barr said.